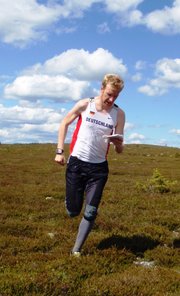 I am Karl Tiselius, living in Falun, Sweden. As described here to the right (see "Milestones"), I was born in 1984, and now strive to live a happy life for many years to come (in accordance to "My simple future plan" stated below to the right).

"Supply Chain Management" is my main profession and "core competence". After many fine years in Switzerland I'm now back in Sweden.

I love to travel, be creative and to relax, but most of all I've devoted my life to the world of sports. Road cycling, triathlon and nordic XC-skiing are my top three favourite sports.

Back in 2012 when I moved from Sweden to Switzerland (no, it is not the same place) I wanted to have a .com address that could summarize my personal interest and keep people (who where interested in me), for any reason, up to date. Most of all I hoped that things that I did and liked coud inspire other to an even happier life. My webpage is not active at the moment, but could now serve as a bit of archive and maybe it will wake up and be alive again.

As the Vasaloppet-legend Daniel Tynell once re-stated: "Life is too short to waste on things that is not fun" this quotation really overlap the essence of my philosophy regarding life. However, to live a successful life is a continuously changing and complex task. In comparison to foot orienteering, we do not get a pre-defined route on an excellent map to succeed in life. However, by friendly communication and not at least enjoying life together with family, friends and other people, we evolve and learn. By simply sharing pieces of my life here on the web, I strive to inspire friends and other to do what they like and push the limits* a bit.

*The ones that doesn't dare to take the step, can be standing on the same spot for the rest of their lives. I really think it is important to push (or be pushed) forward, or even leave the comfort zone from time to time, in order to enjoy life the most. Reaching personal goals makes me happy. In 2011 I decided to do an Ironman and that without any previous experience in the sport of triathlon. The 18'th of August I crossed the finish line of Kalmar Ironman. To identify and "mind my own business" is another. The most important thing with setting up goals is that it is something that you want to do, but also that it is doable in your life, in respect to your life, family and friends. However, most things are doable if you just reorganize your daily routines and way of living.

1999: Chose to focus on a career within the sport of orienteering, before all other sports (>15) that I had tried during my childhood.

2004: Started my (Civil Engineering & Bachelor) studies within the department of Industrial Engineering and Management, at Chalmers University of Technology

2010: Started my MSc (Master of Science) studies within Supply Chain Management, still within the department of Industrial Engineering and Management, at Chalmers University of Technology, with new and a very high level of motivation.

2012 (August): Finished my first Ironman, moved to Switzerland, got my MSc (proof).

2012: (December): First professional job in Switzerland. Scientific researcher at the Institute of Business Engineering in the University of Applied Sciences, situated in Brugg/Windisch (Northwest Switzerland)

2013 (May): Started to invest money monthly for a personal long-term purpose. Decided to be a "defensive investor" (following the "dollar cost averaging program" suggested by Benjamin Graham in his book "The Intelligent Investor") in order to secure financial independance in the future. In September I created (link) and signed my own investment owner contract.

2013 (October): Started working as a BA Specialist with IKEA Supply Team Europe, situated in Pratteln (between Sissach and Basel).

2015 (August): Finished my second Ironman in 10:29. This time in Denmark´s beautiful capital Copenhagen.

2016 (Spring): Resigned from Switzerland and moved back to Falun, Sweden.

2016 (December): Started at Sandvik as Project Manager for the department of Logistic & Purchasing.

2017 (July): Completed the Klassikern X-treme together with 12 other heroes.

2018 (February): Started as Process Owner for Logistics at Landstinget (county council) Dalarna in my hometown Falun

1. Find happiness in the small things